This Side Of Paradise 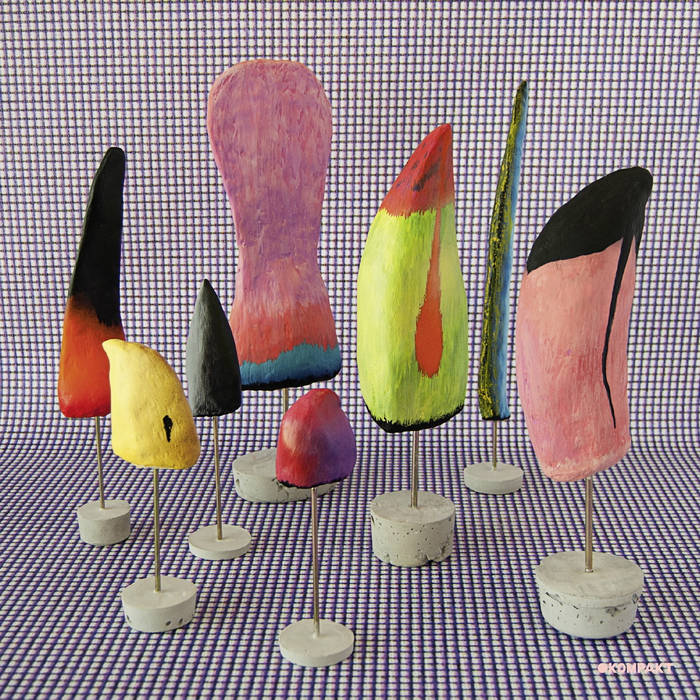 Tackling the challenge of a second album head-on, COMA return to the fore with THIS SIDE OF PARADISE, a comprehensive and meticulously arranged collection that never strays far from the duo's well-established modus operandi: rich in melodic and rhythmic content, these tracks appeal to fans who love their music at home and in the club. Featuring artist contributions from DILLON (vocals on THE WIND) and MIT's EDI WINARNI (cover artwork), THIS SIDE OF PARADISE is truly refined pop music taking its cues from both sides of the musical fence. A further exploration and expansion of the territory initially marked with the first full- length "In Technicolor" (KOMPAKT 279 CD 106), the new outing shows the artists commanding their craft with confidence and style - a sonic treat for seasoned connoisseurs and recent scholars alike.

Sometimes dubbed as songwriters that don't actually write songs, COMA tend to nudge the genre boundaries without making this their central artistic statement - they're not in the game to search and destroy, but to meet and seduce, a constant effort to make music that is as innovative and multilayered as it is accessible. Take lead single LORA, for example - at first glance, this cut sounds like the tenderhearted, pop-infused epic it actually is, featuring well-trusted lyrics like "I don't know why I have to feel this way" - however, the title doesn't refer to a lost love, but to anxiety disorder medication. And maybe to a lost love, too. It's a constant process of reevaluating their own tropes that leads the duo to the unconventional, but immensely catchy hooks on tracks like BORDERLINE, PINGUIN POWER and HAPPINESS, half sung and half synthesized: "POOR KNIGHT is a good example for our filtering process", explains the band - there was this vocal snippet that says something totally different than what we started to hear after a while... which were the words 'poor knight'".

While the debut album took nearly three years to be finalized, THIS SIDE OF PARADISE was ready for deployment in no more than six months: "the first album was about painting a big picture, collecting lots of ideas over an extended period of time - the second is more conceptual, it's about giving yourself certain limits, to really hone in on the material." This also lead to a different way of working together: "it's very much a file-sharing album coming from the cloud... we still had those collective jam sessions where we would pluck away for hours, but in the end we realized that one can indulge in too much indiscriminate jamming - from time to time, we needed a certain distance, from the music itself and from each other, to keep things fresh and focussed." Known for their live appearances in clubs and concert venues where they would turn up with both acoustic and electronic gear to play an equally versatile set, COMA don't want to settle on whether they actually are a dance act or a pop outfit: "we always try to rethink what we're doing. At one point we even thought about dropping the melodies altogether, because melodic techno has become kinda prevalent. But that woudn't be us neither - we love a good melody as much as the next person."

The receptiveness for cognition glitches and happy accidents might be behind COMA's obvious penchant for cooperation: THIS SIDE OF PARADISE's most classic songwriting is offered with THE WIND, a dreamy, melancholic downbeat gem featuring vocals from frequent collaborator DILLON. Meanwhile, another old friend switched roles: MIT lead singer EDI WINARNI returns after his cameo on "In Technicolor", but this time he's signing responsible for the visual representation of the new album - based on his own sculptural work, he designed the cover, using different archetypes of bird beaks in front of a heavily processed white screen. It's basically the same question the band asks: how much beak do you need to recognize the bird? How much melody do you need to be pop? How many beats until you're part of the club continuum? The true championship of COMA might be found here: asking yourself these kinds of critical, potentially thwarting questions, but still remaining able to produce beautiful music that speaks to both the body and the soul.