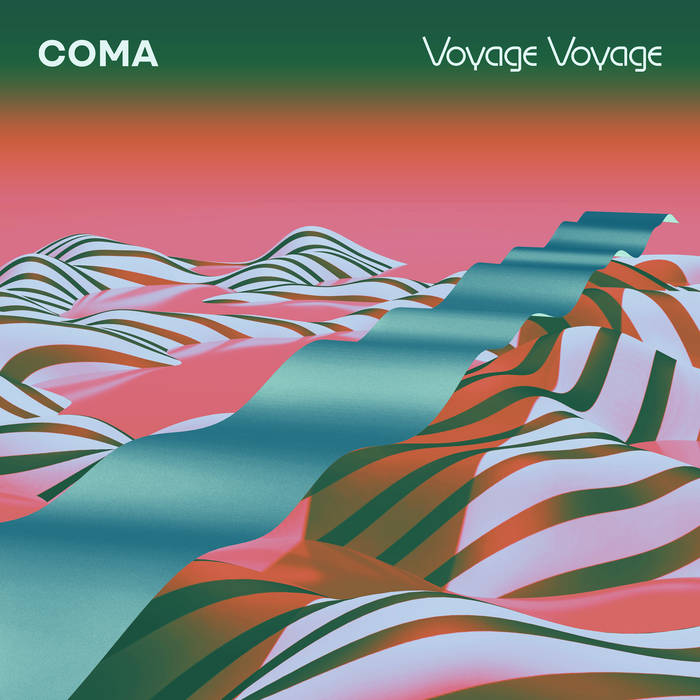 Squelchy Synthpop for the emotional. Love this album from beginning to end. Favorite track: Bits and Pieces.

Danny B very chilled laidback and cool! perfect to lounge at the pool (if i only had one...) Favorite track: A-Train.

Having initially signed to Cologne’s electronic label Kompakt, COMA may have their roots firmly in the city’s fabled club scene, but their effervescent, groove-tipped synth-pop blurs boundaries and strays outside the lines. Their new home of City Slang (Caribou, Gold Panda, Tindersticks) is the perfect fit for their hypnotic brand of indie-electro. “We’ve never been ravers,'' says COMA’s Marius Bubat. “Although we have definitely been inspired by the energy of club music”.

After releasing a steady stream of records, including 2013 debut In Technicolor and previous album, 2015’s This Side of Paradise, in recent years both Bubat and Conrad have experienced a transformative time in each of their lives, marked out by a series of challenges and milestones including the loss of a parent and the birth of a child. For Conrad, getting back in the studio has proved a potent form of therapy, one that can transcend the often-painful process of reality. “Making music is a kind of escapism, it puts you in a different world where you forget everything around you”.

COMA’s new album, Voyage Voyage, casts a sweet and heavy-hearted hypnagogic glow that tells the story of these complicated moments through its complex web of sonics. Across ten pristine tracks, the pair meld piano, guitar, drums, synths and electronic flourishes to futuristic vocal harmonies that amp up the melancholic pop factor and capture life’s fleeting moments, moods and adventures. One of the album’s standout tracks, “Snurrebassen”, was written during a fishing trip to the Baltic Sea.

The duo have upped their instrument game since their previous release, adding new synths, a Fender Mustang Bass and a vintage drum kit to their arsenal. “We set the kit up in the studio with microphones so that we can always record real drums,” explains Bubat. As such, the album is anchored in an analog-meets-digital universe that’s informed by the idea of memory—specifically the haunted memories of their ‘90s childhoods—where musical and personal flotsam floats around the body of the record.

From “Snurrebassen”, with its Tangerine Dream-esque intro that unfolds into a weird world of eerie digital vocal modulations, to the breezy stomp of “Spiracles” and the melancholic heart of “A-train” on Voyage Voyage, the listener is taken on a thoughtful journey where songwriting is placed at its core. More poignantly though, is the addition of vocals, which are used to convey a variety of moods and emotions that are genuine, honest and refreshing.

COMA didn’t plan to make Voyage Voyage. A spontaneous decision to scratch a creative itch resulted in an album that has proved to be a vital and cathartic tool of documentation for the Cologne duo. “Ultimately, we are just trying to reflect what’s happening around us”, says Bubat.